skip to main | skip to sidebar

I just love Janelle, she is better looking in real life and the energy this girl have is unbelievable. The song is great also :)

You cram yourself in the little box you call house

You can't help thinking about yourself like a lost mouse

You're looking for the sun, for a decent escape

All you see are clouds and your ugly drape.

You cringe in your pain, and point with your fists,

"The Tao does nothing, yet leaves nothing undone."
Posted by Dan at 11:27 AM No comments:

What can there be seen down a dark and empty hole?
Nothing, he says, nothing at all.
But in truth the man did see something.
Something so big, to some it may seem small.

It felt to him almost rust as he picked it up,
A rock, and dropped it down the hole.
Hitting the sides of the well, making a significant splash,
That, he said, down that, is my goal.

Hands on his hips, he looked high.
The sun in his eyes, and took a breath,
He closed his eyes, and felt the trickling sweat,
Down that, he thought, that is certain death.

He breathed again, and opened his eyes,
Looked back and saw all but shifting sands,
A desert, and his mind went blank,
Can’t be worse than these cracked hands.

Staring, staring, seeing absolutely nothing.
All there was was a bush, five inches long.
Nothing, as far as the horizon.
How could what I’m doing be wrong?

He wore his best clothing,
A deep blue jacket, with red lining.
Wrecked shoes, but still dirt all over.
The space looks so confining…

The sound of water was reassuring,
He holds his breath, about to jump,
Closes his eyes, in hopes of gaining hope.
Breathing out, I’m just a sad lump.

The taste of blood on his lip,
Biting it this whole time?
Or was it the desert heat? What does he think?
All that down there could be mine.

Pulls back his hair and looks up,
Sees an eagle, close enough,
Close enough to see its expression.
What do you want? What!

Blinded by anger, he looks back.
To others it may seem a forest,
Abundant with opportunity.
That thought got me stuck here, what a test.

But it’s time for me to leave this place.
Leave it for good.
Because I see a forest of my own,
A great abundant wood.
You may think I’m crazy,
Well,
Not even I know how I can tell.
Goodbye he says,
And jumps into the well.
Posted by Dan at 9:47 AM No comments:

1.Accept everything just the way it is.
2.Do not seek pleasure for its own sake.
3.Do not, under any circumstances, depend on a partial feeling.
4.Think lightly of yourself and deeply of the world.
5.Be detached from desire your whole life long.
6.Do not regret what you have done.
7.Never be jealous.
8.Never let yourself be saddened by a separation.
9.Resentment and complaint are appropriate neither for oneself nor others.
10.Do not let yourself be guided by the feeling of lust or love.
11.In all things have no preferences.
12.Be indifferent to where you live.
13.Do not pursue the taste of good food.
14.Do not hold on to possessions you no longer need.
15.Do not act following customary beliefs.
16.Do not collect weapons or practice with weapons beyond what is useful.
17.Do not fear death.
18.Do not seek to possess either goods or fiefs for your old age.
19.Respect Buddha and the gods without counting on their help.[1]
20.You may abandon your own body but you must preserve your honour.
21.Never stray from the Way.
Posted by Dan at 9:26 AM No comments:

My soul is restless. I’ve always felt that life is not long enough and that life is not giving us enough time to fight our inner demons. We will never have time to experience everything that our soul is craving for. However, I feel that we should not give up on trying finding ourselves regardless the price that we must pay. We are given this very little time to spend in the world why waste it?
I sometime feel like a higher authority is pushing me to move, to stay awake, and to do something for my soul. Is so easy to fall into the monotony of daily routines and forget that we’re actually here to explore. Live your life in such a way that you will never regret the way you lived it. Break the boring routine of society and throw yourself in the middle of the essence of life. Help people around you unconditionally, go with the flow but do not let yourself led by it.
Posted by Dan at 10:39 AM No comments:

That is exactly my cat :D 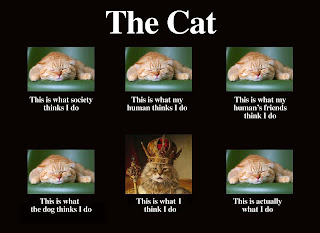 What is this word, my non Romanian friends would ask. Is it a name, a plant, an animal. To us Romanians Bukovina is the fairy tale country where all the the folk tales are born, where fantastic creatures live and where the history of our lands was born. Enjoy: https://www.facebook.com/DiscoverBucovina
Posted by Dan at 7:50 AM No comments:

“Just wait. We’ll be sending you coupons for things you want before you even know you want them.”

Dan
Washington, United States
Roman pentru Americani si American pentru Romani. - People are often unreasonable, illogical and self centered; Forgive them anyway. If you are kind, people may accuse you of selfish, ulterior motives; Be kind anyway. If you are successful, you will win some false friends and some true enemies; Succeed anyway. If you are honest and frank, people may cheat you; Be honest and frank anyway. What you spend years building, someone could destroy overnight; Build anyway. If you find serenity and happiness, they may be jealous; Be happy anyway. The good you do today, people will often forget tomorrow; Do good anyway. Give the world the best you have, and it may never be enough; Give the world the best you've got anyway. You see, in the final analysis, it is between you and your God; It was never between you and them - and never forget that!!